Over 60 Years of Combined Experience In
personal injury Law
If you have been injured in a rideshare accident in Riverside or San Bernardino, you might feel confused about how to proceed. Rideshare accidents are notorious for their complexities in California because it can become difficult to determine who is at fault and why. At Peach & Weathers, we bring 60 years of experience to your case so that you can rest assured you’re getting solid advice on how to get the compensation you need for your personal injury claim.
We start the process off by scheduling a meeting so you can disclose all the details of your case. Tell us what happened, where, when and other key data so we can better advise you. If you have suffered injuries in the accident, we also want to work with you to ensure you complete your recovery plan and get all medical records from your doctor.
Once we have all the information we need, your attorney can finally begin your personal injury claims process. While you focus on recovery, your attorney begins the negotiation process with the insurance companies or other responsible parties. Ideally, the responsible parties settle outside of court. If they refuse to do so, then we’re willing to fight for you in a courtroom. 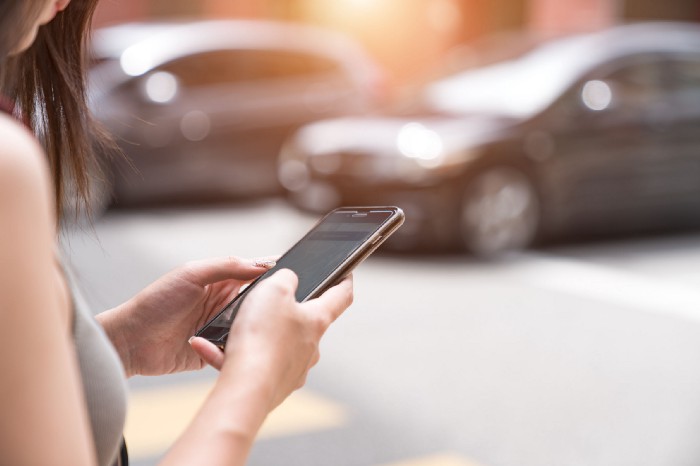 What You Need To Know About the Causes of Rideshare Accidents

We also conduct our own investigation in Riverside or San Bernardino to find out what happened and why. This is especially important if you did not see what happened, such as if you fell asleep on the ride home from the airport, or if you became unconscious shortly thereafter. Here are some of the most common causes your lawyer might look out for in rideshare accident cases.

A 2018 study published by the U.S. National Library of Medicine reports drowsy driving as one of the biggest causes of accidents in the rideshare industry. These become especially likely between the hours of 11:00 p.m. and 7:00 a.m. Note that many Uber and Lyft drivers actually maintain nine-to-five jobs in addition to ridesharing, so they might not get adequate sleep. Unfortunately, drowsy driving can have almost the same impact on a driver as operating a vehicle while under the influence.

The CDC reports that roughly nine people die as a result of distracted driving every day in America. Another 1,000 people are injured. Rideshare drivers do face more distractions than others. For starters, they often engage in conversations with the people in the vehicle, which can become distracting. Secondly, rideshare drivers need to rely on their phones to get information on where they are going or who else might join the trip. This can take attention from the road during crucial moments.

Most of the money Uber and Lyft drivers make is from the distance traveled, not the time. Subsequently, they may become especially frustrated in traffic and might attempt daring maneuvers. If you share your cab, the other passenger might also egg on the driver to go faster or take unknown routes to catch a flight or get to work on time. This can put everyone in the vehicle at risk.

When people move to California — or anywhere else in America — for the first time, they often rely on ridesharing services to pay the bills. This can lead to additional reliance on smartphones to direct them as they travel through unfamiliar locations. In cities, this can make them more likely to commit an error, such as going the wrong way down a one-way street or making a wrong turn.

Have you ever applied for car insurance, and the company asked you to estimate how many miles you drive per week? This is because the more miles a person travels, the higher the probability that an accident might occur. In one Reddit thread, Uber drivers shared that they add as much as 600 miles per week to their vehicles. This is roughly 31,200 per year. One driver shared that he added 30,000 miles in just three months before quitting. Compare this to an average annual mileage of 7,624 miles to 15,291 miles.

What You Should Note About Rideshare Accident Insurance

Despite how confusing these cases become in practice, in theory, there is a process in place for determining who is liable for personal injury in California. The process identifies the liable party based on when the accident happened during business operations for the driver.

Level Two: Waiting for a Ride

On a good day, Uber and Lyft drivers get rides back-to-back and can go from one passenger to the next. This allows them to make money quickly and go home. However, there are slower periods when rideshare drivers might drive around or park their vehicles while waiting for a ride. If an accident happens at this level, the rideshare company picks up what is left after the at-fault driver’s insurance pays for damages.

Level One: Not Available

When Uber and Lyft drivers are not logged into the system during an accident, the insurance provisions work much like it does for other drivers of passenger vehicles. In this instance, the at-fault driver becomes responsible for damages. If the rideshare driver is at fault, note that California requires rideshare drivers to have insurance that provides coverage of at least $50,000 per person and at least $100,000 per accident.

How To Get in Touch With a Rideshare Accident Attorney

At Peach & Weathers, our attorneys have worked hard to secure millions of dollars in compensation for our clients in Riverside and San Bernardino over the years. We have helped our clients get car crash awards as high as $2,000,000. Note that the severity of the accident and the resulting injuries play a role. Contact us today to schedule a consultation with a California rideshare crash attorney.
® 2021 By Peach & Weathers - A Law Corporation. All Rights Reserved. Privacy Policy | Disclaimer | Site Map